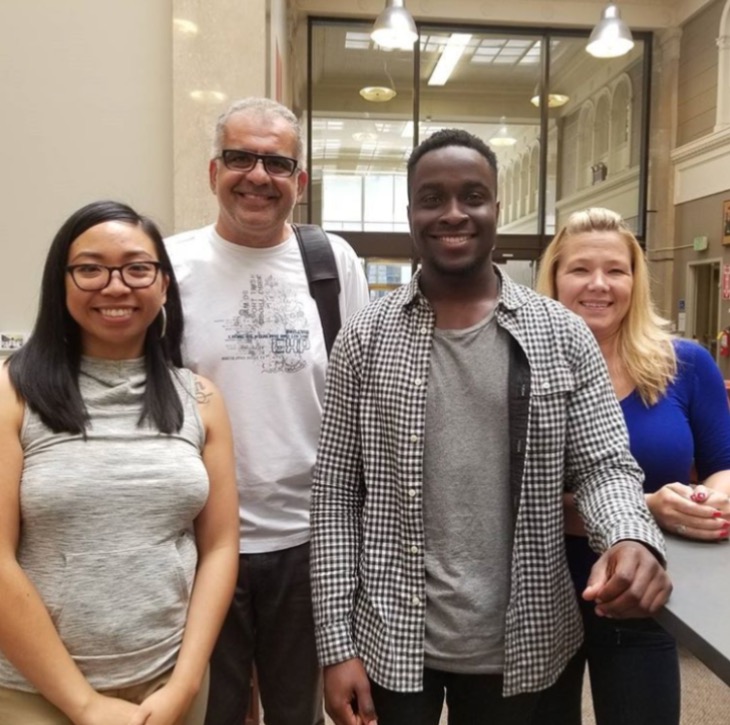 Found in 2004 and with now nineteen locations, many have heard of Pacific Workplaces, especially those involved in coworking. They generally do not use the word “coworking” to describe their spaces, except for their newest NextSpace addition in Berkeley (as seen in the photo). In their virtual tours, there is an emphasis on “not sacrificing image or connectivity.” While many coworking spaces have a trendy and more casual image, Pacific Workplaces maintains professionalism with a sleek simplistic style. The reason being; they started off as business centers. Scott Chambers, co-founder and chief operating officer, is also the president of GWA, Global Workspace Assocation.

As mentioned in the Pacific Workplaces blog, CEO Laurent Dhollande, also co-founder, grew up in France, worked for the UN in Africa, went back to Europe in the Netherlands, and then settled in California, where his wife is originally from. In his interview on the Last Rush Hour podcast, he explains working from home made it difficult to concentrate for himself. He wanted the warmth of people, and believes people learn through interaction. This is certainly something he and Scott Chambers have in common. In Jamie Russo’s Everything Coworking podcast, Chambers states “People want more out of their workspace. They want social interaction. And that’s what I’m trying to bring to the business center.” Chambers describes initial fear around competition when starting business centers that actually turned into bringing more awareness and validation, which was in turn great for his business. He also says that Pacific Workplaces was re-branded from its original name, Pacific Business Centers, placing a higher value on human interaction and networking. These two come from totally different backgrounds in terms of where they’ve been. Dhollande from living in Europe and Africa, and Chambers being a Bay Area native have brought two different perspectives together. This is the very root of coworking. A foreigner can learn a lot from a local, and someone local can learn from someone who has lived in other parts of the world. It’s no wonder they make such a great team.